Oh, the controversy of Public Relations!

I have 10 siblings, in that group I have two siblings with a university degree. I come from a line of hardworking working-class people. From generation to generation I believe the elderly always hoped the younger ones would be able to make a better life for themselves. Not merely live from pay check to pay check, and sometimes not even that. Therefore, my grandparents and parents have tried their best to push us towards education. They want us to be able to enjoy the jobs we do as well as life.

My brother holds a Bachelors degree and Masters degree. He’s 1 and half years younger than me and very close to me. He has always encouraged me to study. Understandably, when I made the decision to do my Bachelors he was the first one I called, for support you see.

Me: “Yeah, I just enrolled this morning!”

Me: “Media and Public Relations”

Him: “What the fxxx!! Bloody unprofessional bunch of people! Got no morals and are ready to say what ever as long as they get paid for it!!”

Me: “Hey, I’m still me and my ethics won’t change overnight….”

Him: “These people are spin doctors and twist the truth to serve their clients!!”

Me: “Well…I just wanted to share this with you. I’ll start next month…” 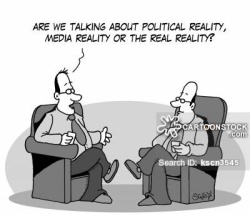 And that’s where we left it. I didn’t manage to tell him I was in it for the media side of it as I wanted to become a journalist or a news reporter. The public Relations side just came with the course. Once the news broke out within my family I continually met voices that echoed my brothers opinion and my standard answer was: “I’m in it for the media side”. Whenever Public Relations practitioners were working for corrupt politicians or companies with a bad reputation I would be poked and told that was going to me. As time passed I got to the Public Relations part of my studies and to my surprise I loved it! I liked the sound of the buzz around the occupation, the thought of meeting a lot of people, the fact the tasks can vary and so on. Therefore, it became harder to answer people when they told me I was a future spin doctor. 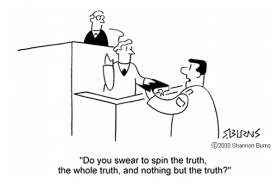 In my Public Relations class we were told to tell the truth and tell it quick. That sounded pretty ethical and to me it felt like that’s how it should be done, but maybe not everyone practiced in that way.

Due to all this I decided to calm my own mind and shut up all these negative voices (hopefully) by writing my final dissertation on ethics in Public Relations. It was called “Ethics and Public Relations: where is the line?” This is the dissertations abstract:

“This dissertation covers the ethics of Icelandic professionals working in the field of public relations. It covers what kind of values they follow when facing ethical issues at work. It examines whether those values are formal or informal and whether they follow them when facing an ethical crisis. To achieve an answer to those questions in this dissertation it is based on theoretical content such as philosophy, peer-reviewed articles and other material that concluded my findings. Additionally, it is based on interviews with four professionals in the field of public relations and their attitudes towards ethics at work.

The findings indicate that public relations professionals in Iceland work by informal and personal values. It differs whether they actually follow through with those values when it comes to it as half of the participants said they would, while the other half either said the liability rests on the shoulders of their company directors or that when it comes down to it, ultimately the client pays for a certain service.”

In short, it varies. Some follow ethical guidelines, mostly their own, as there doesn’t seem to be many formal rules for the profession in Iceland. However, there is an association of Public Relations practitioners in Iceland but only two out of the four practitioners I spoke to knew of its existence. None of them knew that the association had a set of ethical rules. Two of them said they wouldn’t lie but they might not tell everything if it wasn’t necessary. They all agreed however, if you lie and practice spin you won’t survive in this profession for a long time. Especially not in a country as small as Iceland as news travels fast and as a Public Relations practitioner your reputation is everything.

When I told my family that I was going abroad for further studies in Public Relations I met with nothing but positivity and support. It’s a field that many do not understand and to be fair, Hollywood hasn’t done us any favours. My family now understands that the profession doesn’t make a person unethical and that it rests with the person itself as to how they practice. 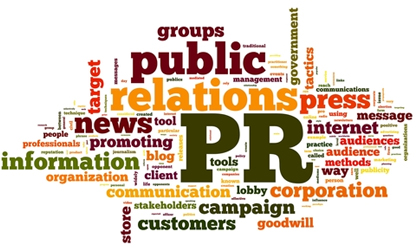