Since I have started my studies in the UK I have been meaning to follow English media. I am what one might call a media junky.

However, the main media I follow is Icelandic media and throughout the day. I read through the main media sites and then open other sites if they appear on any of my social media and I consider the articles or video clips interesting.

As I am studying Corporate Communications, Marketing and Public Relations it is important for me to be on top of what is happening in the country I am studying in, the UK.

But the headlines and news from Iceland have just been so outrageous, sometimes funny, other times tragicomical and most of the time unbelievable.

Mayhem at the Mayors office

In Reykjavík there is an old barracks which was built in the second world war. The city of Reykjavík decided to take it under renovations and for that job the city had an estimated cost. The job is far from finished but the cost has already exceeded the budget by more than a whopping 1,5 million pounds.

Sure, it is costly to renovate an old building but now that the invoices from the project have been published in the media people are outraged. One of the things the public in Reykjavík is paying for are imported straws from Denmark! The price tag on these copyrighted Danish straws is 4800 pounds. My friend who is a lawyer says one can apparently not get a copyright on straws. Even more shocking is the fact that these straws do actually grow in Iceland and therefore there is no need to import them from another country.

Cost of building a bar in the barracks was 16100 pounds, included are none of the appliances needed for the bar like coffee machine, beer pumps etc.

Many of the invoices that have been published have raised more questions than they have answered.

For a number of days the Mayor of Iceland did not respond to medias’ inquiries about the matter. That is not a new story though as when a sewerage pumping station, which has the role of cleaning the sewerage before pumping it into the ocean broke down it was the same. The coast line in Reykjavík was contaminated with sewage for a few weeks and the Mayor avoided speaking to the media, which made people even angrier and come up with different hypothesis of why that was the case.

Conveniently a guy that has now left his position at the city of Reykjavík has claimed to be responsible for how badly the estimate exceeded the actual cost. Some people wonder what he got in return for that confession.

A bakery in the north of Iceland saw a window of opportunity in all this chaos as it has sold cakes called Bragginn (the barracks) for almost 50 years.

Due to all the media coverage on the barracks case the bakery made a special edition of the original barracks cake which has been sold in bulk, sales increased by more than 10-fold. The bakeries spokesperson even went to the town hall and handed a few cakes to the city council.

Minister of Justice that doesn’t trust the Justice System

The current Minister of Justice Sigríður Á Andersen has been fighting her own justice system. When she had to appoint new judges at one of the Icelandic courts she got a list from a committee that had evaluated the applicants for the positions. When it came to appointing judges for the roles she disregarded 4 applicants that had been evaluated as qualified for the positions. Instead, she hired her former co-workers. The Supreme Court has ruled on the matter and declared that the Minister of Justice had in fact broke laws when she did so. The government (and thereby the Icelandic public) had to pay the compensation that the qualified applicants got for being mistreated like that. She is still firm in her belief that her actions were not illegal nor unethical.

The same Minister knew about the declaration of rehabilitation of a sentenced child molester. The declaration was made by the father of the then sitting Prime Minister, now Minister of Finance and Economics. When this hit the papers in Iceland there were such powerful demonstrations the government had to step down and call for elections.

The Minister does not think there should be a law regarding a gender quota in each company as she thinks the government shouldn’t intervene in matters like that, it should be each companies own decision. This quota was legalised to try to close the gender gap when it comes to wages. One should not be surprised though as she claims there is not a measurable difference in wages between the genders, even though it has been proven.

When it was 100 years from Icelandic women getting the right to vote the parliament came together for a celebration meeting. The day is called the “Day of Women Rights”. In this meeting the parliament voted in favour of forming a fund to support gender equality. The Minister of Justice was the only one that voted against the proposal.

The current Minister of Finance and Economics and former Prime Minister (Bjarni Ben) has been involved in a lot of controversy. For some reason he is still going strong.

One of the first things that came to the publics attention was when the Ashley Madisson leak occurred. He was there under the name “IceHot1”. The description he posted there was the following:

„Its about being interested in a nice looking woman, wanting to have an intelligent and fun conversation and good…very good sex. Im not from the States but do travel quite often.“ 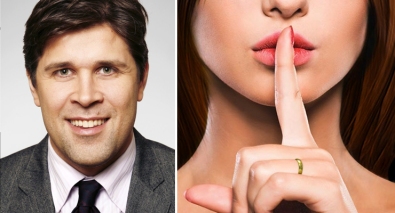 He and his wife made a statement and said they had made the account together for curiosity sake.

A company called Valdís, which makes ice-creams used the opportunity and put an ice-cream on the market called “IceHot1”. It was made with white chocolate and chilli.

This is not the only leak that the Ministers name has come up in as he appeared in the Panama papers. He brushed that off like any other scandal that he has been involved in.

As mentioned before he had to step down and call for elections when his father was involved in clearing a child molesters name, as he knew about it but didn’t see it as something he had to share with anyone.

Leading up to the financial crisis he got involved in insider trading. He had information from a bank manager on where everything was heading and used the information and sold his shares. He sold them for 763.000 pounds. Around the same time his father and uncle sold their shares as well. Just before the last elections the media got information about these insider trading and stated covering the story. Quickly there was an injunction on them so it was prohibited to cover the story. After the election a higher court ruled that the injunction should be lifted, by that time he was back in power.

The International Monetary Fund has made serious comments on the Icelandic Financial Supervisory Authority. They have stressed their concerns as this is the body that should make decisions on things like whether the Minister should be prosecuted for his actions. The problem is that the committee is appointed by the Minister himself and the IMF concludes that therefore, it is not independent enough to make unbiased decisions.

For some reason no matter whether his practices are illegal or unethical, nothing seems to stick which has caused him to be nick-named The Teflon-man.

The most recent scandal appeared in the media less than two days ago. Six members of the Parliament from two different parties were recorded while drinking at a bar close to the Parliament, while they should be at work. The whole scandal has been given the name #klausturgate on social media, referring to the Watergate scandal.

The 6 MP’s were unaware that another guest at the bar was recording their conversation. The guest claims he couldn’t believe what he was hearing and concurred they were relevant to the public of Iceland. He recorded almost 4 hours of what the MP’s have disregarded as banter. He says the MP’s thought he was a foreign tourist.

They made homophobic jokes, made fun of a former MP and her disabilities, called women degrading names and talked about shady goings on when it comes to appointing ambassadors abroad.

Some of the remarks they made were for an example:

“She’s a cu** that cried her way into the parliament” About yet another MP.

Made the sound of a seal when talking about the former disabled MP. 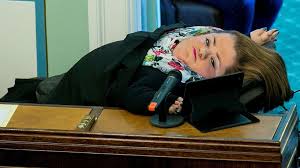 “Now I am going to say something really dirty. She’s young but starting to age quickly. She’s a lot less hot than she was 4 years ago”. “From a distance she’s really hot but….” About the Mayor of Vestmannaeyjar.

“Welcome to politics!” Said by one of the MP’s to another whilst trying to persuade him to jump ship and join his party.

“You have this absolutely crazy cu** as a leader!”. “She’s fu***** crazy”. About another MP, in fact the leader of the party that two of the MP’s at the bar are members of.

One of the members has received awards from UN’s HeForShe while on the recording he shows a disrespectful attitude towards women.

Two of the MP’s are taking a temporary leave. Two have been fired by their party but they are still going to sit in the Parliament. To begin with they disregarded this as drinking banter and focused on the fact they were being recorded without permission and one of them even claimed they had probably been bugged by George Soros.

The pub where the conversation took place has posted a picture on social media with the caption: “ABSOLOUTLY CRAZY Christmas punch throughout December! CRAZY Christmas atmosphere and cosiness. Pop in at Klaustur, the worst kept secret in Reykjavík”

Another company has made wall stickers that say: “Welcome to politics!”

Yet another pub posted the following on their social media: “We are open today at 16:00 and close at 01:00. Enjoy having a good beer in a good and calm atmosphere. Talking behind peoples back and wiring equipment’s are completely forbidden at Ölstofan!!!”

People are voicing their discontent

Due to all this turbulence and unbelievable news lately, I just haven’t been able to take my eyes of Icelandic media. I will keep a close eye on it for a while longer as a demonstration has been planned and will take place tomorrow on Iceland’s 100 year birthday of Sovereignty. Has the public had enough? Will Icelanders see the 3rd parliamentary elections in as many years?